The order in which the cylinders of an internal combustion engine are ignited is referred to as “firing order.” This is the sequence in which the spark plugs fire in a gasoline engine. It refers to the sequence in which fuel is pumped into each cylinder of a diesel engine. Other engine configurations, such as varied firing orders, may boost power production. In this article, we will discover the 6.6 Duramax Cylinder Order.

Engine vibration, sound, and power production are all affected by the firing sequence of the cylinders. The design of the crankshaft is also greatly influenced by this.

When it comes to engine type, there are many typical firing orders. Engines differ in the number of cylinders they include, with some having more than others. A typical straight-six engine firing order is 1-5-3-6-2-4. The firing order for a V8 engine might vary even within the same manufacturer due to the different firing orders available.

Contents show
1 Duramax Cylinder Numbers
2 How Are The Cylinders Numbered On A Duramax?
3 What Is the Firing Order In A Duramax?
4 Changing The Duramax Fire Order
5 Frequently Asked Questions
5.1 Where Is Cylinder 3 On A Duramax?
5.2 How Many Cylinders Does A Duramax Have?
5.3 Which Cylinder Is Number 8 On A Duramax Diesel?
5.4 How Many Miles Will A 6.6 Duramax Last?
5.5 Related Posts

There is a connection between the gearbox and the rear of the engine. On the other hand, the belt is attached to the engine’s front. This is where our cylinder numbering usually begins; the belt end of the engine is called the front of the engine.

In any case, Duramax cylinder order numbers often follow a V-8 layout. Most of the time, there are two sides to this cylinder layout: one for the driver and one for the passenger.

See also  How to Tell if Suspension Is Bad 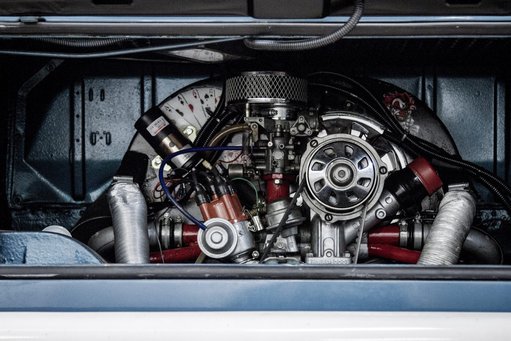 How Are The Cylinders Numbered On A Duramax?

The numerals on the Duramax cylinder are on both sides, which maintains the crankshaft in the middle. The engine’s cylinders are numbered from “1” at the front to “8” at the rear based on the sequence in which the piston rods were linked to the crankshaft. This is an easy-to-understand system that is also simple to fix if required.

However, cylinders 2, 4, 6 & 8 and 1, 3, 5 & 7 are not in direct competition with each other. The left bank is somewhat ahead of the right bank in terms of distance. Directly connecting the two pistons to the crankshaft is impractical in a normal automobile engine due to the added complexity and expense. Because of this, they are not directly related to one other.

Piston 1 is located behind the connection between Piston 2 and the crankshaft. Before moving on to piston 3, you’ll need a main bearing, and then another main bearing. This arrangement enables the piston rods to connect to the crankshaft in the proper sequence, with the left bank offset behind the right bank.

Many firing orders for Duramax V-8 engines might vary, so keep this in mind. In rare cases, changing the firing sequence of the engine may increase its power output.

What Is the Firing Order In A Duramax?

Engines having two cylinder banks, such as the V-2, V-4, and V-6 may also use this Duramax cylinder arrangement.

The number ‘1’ will always be at the front of the engine in a V-8 configuration, but after that, it’s up to the engineer to select how many cylinders to use.

On the subject of altering the firing order of the Duramax diesel, many people wonder whether they should do it on a crankshaft that’s been used before. According to this theory, the utilized crankshaft is already under stress at this time, and the alternative firing sequence will put an even greater load on it. When it comes to Duramax diesel components, a new crankshaft can be an option. Even a brand-new stock crankshaft with a different firing cam is better able to handle the load than a used one.

But the best option is to modify your Duramax components with a narrow-rod crank, which boosts the fillet radius’s strength by a substantial amount. Extensions for your OEM injector wire harness may also be necessary to adapt your electronics to the new firing sequence. You may also switch the injection harness pins if that works for you. Where Is Cylinder 3 On A Duramax?

How Many Cylinders Does A Duramax Have?

The Duramax engine is a V8 engine with eight cylinders. The cylinders are arranged in two banks of four, with each bank facing one another.

Which Cylinder Is Number 8 On A Duramax Diesel?

Number 8 on a Duramax diesel is on the passenger side of the engine, behind the connection between cylinder 2 and the crankshaft. This is the front-to-back sequence for Duramax cylinder numbers: The numbers 1, 3, 5, and 7 are on the driver’s side, whereas the numbers 2, 4, 6, and 8 are on the passenger’s side.

How Many Miles Will A 6.6 Duramax Last?

The 100,000-mile/160,000-kilometer warranty that comes with the Duramax 6.6L V8 Turbo Diesel Engine is one of the best in the business. In tests, the Duramax was shown to last up to 200,000 miles/320,000 kilometers. The Duramax powertrain is built to withstand the rigors of daily use while delivering maximum horsepower and torque.