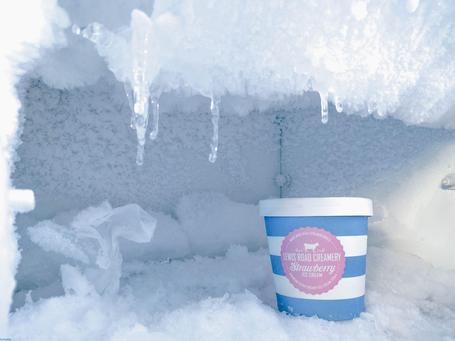 How do you fix GE Ice Maker Feeler Arm? Ice makers are a useful addition to the minimalist design because they are small and compact. That said, those ice machine arms often seem to get stuck, and it can sometimes feel like they’re causing more trouble than they are worth. Repairing an ice maker arm that has become stuck turns out to be a piece of cake.

What are you waiting for to bring your ice machine up and running? Let’s get started with our guide. What Is A GE Ice Maker Feeler Arm

GE Ice Maker Feeler Arm is an essential GE refrigerator part because, without it, your GE ice maker would not be able to tell if the ice bin is full of ice. The GE icemaker feeler arm is a plastic piece with a metal bracket that protrudes into the ice bin.

When the GE icemaker feeler arm is up, it releases the switch and tells the GE ice maker to start making ice again. Over time, the GE Ice Maker Feeler Arm can become damaged or loose, which is why it’s important to regularly check it and make sure it’s working properly.

If you need to replace your GE Ice Maker Feeler Arm, you can find replacement parts at most major home improvement stores.

If your ice maker isn’t working properly, one possible cause is the feeler arm. The feeler arm is a small metal lever that tells the ice maker when to stop making ice.

Over time, the feeler arm can become bent or broken, which can prevent it from correctly signaling the ice maker. As a result, your ice maker may continue to run even when there’s no more room in the ice tray.

Luckily, fixing a feeler arm is relatively simple and can be done in just a few minutes.

– A pair of needle-nose pliers

– A new feeler arm (if necessary)

Step 2: Use a Phillips head screwdriver to remove the screws that hold the feeler arm in place. In some models, there may be only one screw, while in others there maybe two.

Step 3: Use a flathead screwdriver to gently pry the feeler arm away from the control arm. If the feeler arm is stuck, you may need to use a pair of needle-nose pliers to help loosen it.

Step 4: Inspect the feeler arm for signs of damage. If the arm is bent or broken, you’ll need to replace it with a new one.

Step 5: Reattach the feeler arm to the control arm, and use the Phillips head screwdriver to replace the screws. Make sure the arm is securely in place so that it can properly signal the ice maker.

And that’s it! By following these simple steps, you should be able to fix a bent or broken feeler arm in no time.

How To Clean GE Ice Maker

GE ice makers are a popular choice for many homeowners because they are reliable and easy to use. However, like any appliance, they need to be properly maintained to continue working effectively.

See also  How to Remove House Paint From Car Body

Over time, ice makers can become clogged with ice crystals or deposits from hard water. This can cause the ice maker to produce smaller cubes or even stop working altogether. Fortunately, cleaning a GE ice maker is a fairly simple process that only requires a few household supplies.

First, unplug the ice maker from the power outlet. Then, remove the ice tray and empty any ice that has already been made.

Next, use a brush or toothpick to clean out the pores of the ice maker, being careful not to damage the delicate parts.

Finally, rinse the tray with warm water and replace it in the machine. Once everything is back in place, plug the ice maker back in and wait for it to cycle through before using it again.

With just a little bit of effort, you can keep your GE ice maker clean and operating like new.

As a result, your ice maker may continue to run even when there’s no more room in the ice tray. Luckily, fixing a feeler arm is relatively simple and can be done in just a few minutes.

What Does It Mean If Your Ice Maker Arm Stays Up?

What Does It Mean If Your LG Ice Maker Arm Stays Up?

If your LG ice maker arm stays up, there are a few possible reasons why. The first possibility is that the ice maker arm is simply stuck in the up position.

In this case, you can try gently pushing down on the arm to see if it will budge. If the arm seems to be stuck fast, you may need to use a bit of force to get it moving again.

Another possibility is that the ice maker arm is frozen in place. This can happen if ice buildup prevents the arm from moving freely. To thaw the ice, simply run hot water over the ice maker for a few minutes.

Once the ice has melted, the arm should be able to move freely again. Finally, there may be something blocking the ice maker arm from moving down.

Check to see if any ice or debris is blocking the path of the arm. If so, simply remove the obstruction and try moving the arm again.